According to Mythology, Alpha Trion is one of the 13 original Transformers created by Primus. He is also responsible for mentoring Optimus Prime before Optimus became the Autobot leader.

Alpha Trion was only available at the 2007 official Transformers Convention BotCon. He came with his minicon partner Beta Maxx.

This is the first transforming figure of Alpha Trion ever made. 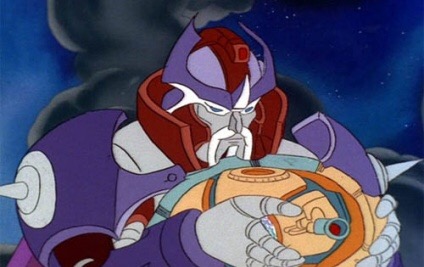 Alpha Trion was first introduced in the original Transformers cartoon back in 1985. He was depicted as being one of the oldest Transformers alive. 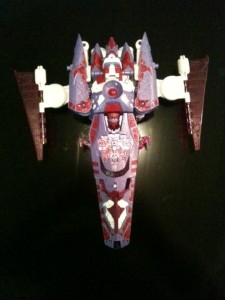 In the G1 cartoon, Alpha Trion (or A3 as he is sometimes called) created both Optimus Prime and Elita-1.

While this is the first transforming figure of A3 made, it is not the first one proposed. Alpha Trion was resurrected (as a lion) by 3H when it ran Botcon to guide Primal Prime and his incarnation of the Wreckers in much the old Autobot had aided many previous Autobot leaders. In this manifestation, A3 was designed as a repaint of Beast Machines’ Snarl; however, this concept never made it past the paint mock-up stage.